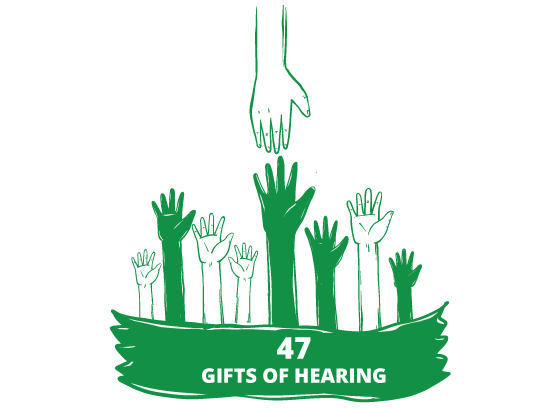 Looking back at the Cochlear Implant procedures performed, facilitated and orchestrated by our professional team of expert doctors and surgeons; together with our successful Cochlear Implant Division at the Ear Institute Pretoria, we are very thankful that we could be part of these life-changing operations.

29 of these operations was made possible by the support and contributions from donors and partners who supported the Foundation for Children with Hearing Loss in South Africa during the year.

We are humbled and very grateful towards each donor for all the support we received in 2018.  Every donation changed the life of someone in need.

The gift of hearing is a lasting gift that our patients will benefit from for the rest of their lives.

Thank you to everyone who believed in the gift of hearing during 2018!

The gift of hearing

Hearing is a given to most of us. But we have met a brother and a sister who received it as a gift and who are able to hear for the first time in 9 and 11 years.

Guest Resource Services employee Johan Venter, who has 4% sight,  and his family will be in this month’s addition of Huisgenoot to celebrate the gift of hearing.  Corban and Samantha received the gift of hearing earlier this year.

What makes this family unique is the fact that Johan and his wife Tanya are blind and their 2 children are deaf. The family also have a 2 year-old Micyla who can see and hear.

The full story of this family’s road to the gift of hearing will be in this month’s addition of Huisgenoot, YOU and DRUM.  Please help us celebrate. 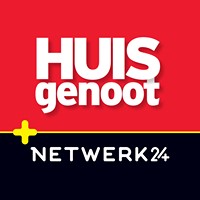 A Cochlear implant activation, can be a very surprising and emotional journey, from having a hearing loss to hearing sound for the first time.

“For the very first time my children will be able to hear my voice, and they will be the ears and eyes of our family.”

These were the heartfelt words of the elated blind mother of two deaf children who had a cochlear implant operation at the Zuid Afrikaans Hospital.  Parents Johan and Tania Venter both have a 5% vision and are essentially blind. Their children, Corban, 10, and his 8-year-old sister Samantha were born deaf.

“I can’t wait for them to call me mom,” said a tearful Tania, who suffered from progressive disease retinitis pigmentosa, which left her blind. Family members communicate by touch alone; the children cannot hear their parents speak and the parents cannot see their children’s signs.

But all that is about to change.  The siblings were admitted to hospital at 6am and were long ready to undergo what the mother described as a “life-changing operation”.  The combined six-hour long operation left both parents unsettled. Samantha went to into theatre at 7.30am, and her brother followed at 11am “My mind was pacing and contradicting itself. On one hand, I had hoped it would run smoothly, but the longer the operation dragged on, fear and doubt crept in.

“I started thinking of the worst,” said Johan.  When the Pretoria News arrived at the paediatric ward after the operation, the siblings had bandages wrapped around their heads and were having a dessert.  Visibly jolly, they interacted with their parents and other visitors.

“I’ve always prayed for this miracle to happen and today I can ‘see’ it,” said Tania. Despite her limited ability to see, was ecstatic.  But the road to leading to the operation has not been easy, and they have tried to raise funds for the implants for many years.  They eventually joined the Foundation for Children with Hearing Loss in Southern Africa, which works hand in hand with the Pretoria Ear Institute where the cochlear implant efforts were conducted.  A fund-raising campaign was established to raise over R800 000.  By the end of 2014, their mother and the Foundation for Children with Hearing Loss had raised R136 000, leaving a shortfall of R668 000.  The Nellie Atkinson Trust, managed by NedGroup Trust, stepped in with the outstanding money.

Its spokesperson, Lorenzo Davids, said the delay of having the cochlear implants would have been detrimental to their chances of getting a proper education, and of becoming independent and employable adults.  The part of the brain which manages hearing would have become permanently damaged, and future surgery would be of no use.  The Venters said that although they were a unique family with disabilities, they tried by all means to lead a normal life. “It is amazing,” said stepfather Johan.

Their biological father, who is sighted, left the family when they were both very young. Their mother recently married Johan, who is also blind.  Johan said they had developed ways and means to carry out conversation.

The children know to knock and bang on doors and walls to attract their parents’ attention; they help their parents in doing daily chores around the house.  But he explained that when they are in public places like a mall or a park, they could not call or see them, and this made ensuring their safety difficult. They had to rely on external help.  “Because they know we cannot see, they explain colours to us and give descriptions of pictures, events and clothing,” said Tania.  They also helped their mother to pair her shoes and held her hand to allow her to feel the texture of clothes.  The children loved looking at pictures, which they described to their parents, and, like all girls her age, Samantha loved to take selfies on her cellphone.

Corben and Samantha attend school at the Transoranje School for the Deaf just across the road from their home in Pretoria West.  Their mother is a teacher at Prinshoff School for the Visually Impaired, while Johan works at the Tshwane University of Technology.  The siblings will be able to take their bandages off by Thursday, and after a month their devices will be switched on at Eduplex school.

Erika Basson, from the Foundation For Children with Hearing Loss, said the children would require intense rehabilitation and programming as they acquired skills and developed language.  “They will have to familiarise themselves with all the different sounds, which at first is a daunting task but will eventually be fulfilling,” she said.

Our passion for giving the gift of hearing will continue in 2018!

We will continue our work by creating awareness, gaining support and developing new partnerships in 2018.

The Foundation for Children with Hearing Loss envisions a world where everyone has the opportunity to enjoy life with sound, and we look forward to continuously share inspirational stories of life-changing hearing miracles.

May we walk the journey again with you in 2018, because YOU make it possible!